Water is the most important element for any living being on the earth. You cannot just imagine your life without water. Right from brushing the teeth after waking up from bed till drinking a glass of water before going to bed, we need water. It is a very true saying to save even a drop of water so that our future generations do not suffer from a scarcity of water.

Water is needed for natural vegetation, growth of plants, flora and fauna and lots of other purposes. The scarcity of water causes many severe issues in the country. The countries which have very little rainfall have to face a lot of problems with water. There are certain countries in the world that have water shortage for many years. We have listed Top 10 Countries With Water Shortage In The World.

Afghanistan is one of the most populous countries in the world. It is 41st largest country by area in the globe. Due to the large population, water is no reached to each of the homes here. The water available for drinking is not clean and hygienic.

The dirty and polluted water is supplied to all the parts of the country due to the non-availability of freshwater. This water causes many health problems in the citizens. The main reasons behind the scarcity of water in Afghanistan are the careless attitude of the people and improper management by the local authorities.

Laos has many environmental problems. The population of this country is growing very rapidly due to which the water is not available for all the people. The rivers and lakes do not provide enough supply of water to everyone in the country.

In some parts of the country, there is impure water due to which there are increasing health problems and issues. Laos is one of the developing nations in the world but water issues are not reducing in any way.

Chad is again one of the African countries with major water issues. It is basically a very poor nation with food scarcity also. The country is affected by natural calamities like drought due to hot climatic conditions.

Many people get health issues due to the unavailability of food and water. For drinking, there is dirty and contaminated water which gives rise to many diseases and health issues. The females and children are largely affected due to water scarcity here.

The majority of the people here drink contaminated water due to which there are many diseases and health issues. The drought and famine conditions have made situations even worse than before. The River Mekong has not enough water for its entire population.

The water does not reach in the remote villages of the country and people have to travel to long distances just to get drinking water. The local authorities and government fail to solve the water problems each year. It is in urgent need of fresh and pure water for drinking for the people. 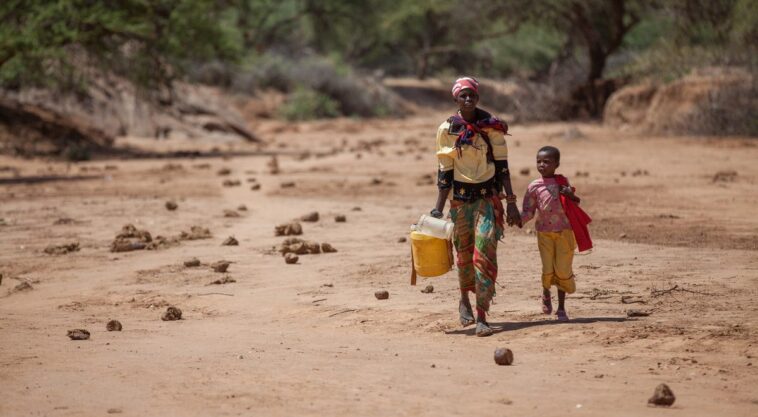 The next on the list is an African country, Ethiopia. There is no fresh water in many parts of the country due to which people are affected by many diseases. People have to depend on the contaminated water for completing each of their day’s tasks.

Many people store the water and use them for many days even for drinking. It has a large population but on the other hand, scarcity of water continues to be a major problem here. People have to travel to long distances for filling water.

Haiti has many problems such as water crisis, drought conditions and many more. Many people here depend on the contaminated water for their regular tasks and even for drinking. The dirty water has given rise to many health disorders. After the major earthquake of the year 2010, Haiti suffered large water issues.

Soil erosion is one of the major reasons for the scarcity of water in this country. Even the government is not taking proper action for solving this severe problem in Haiti. Very few people get fresh and pure water for drinking and other purposes.

On number 4, it is Pakistan which has a scarcity of water for many years. The majority of the people are getting impure and dirty water in their homes for drinking due to which there are many health issues reported. The drought and famine conditions are other reasons for the scarcity of water in Pakistan.

Only half of the population gets fresh water to drink. The people here use water in a haphazard manner which leads to water scarcity in the country. This problem should be carefully handled so that the water can reach the masses.

Syria is the country that has many problems such as war conditions, scarcity of water, food scarcity and many other problems. The government of Syria takes measures but the large population is the main problem for water scarcity.

There is not enough water in any lakes or rivers that can be supplied to the people in Syria. The people have moved to other countries due to the water scarcity and many other problems which take place in the country often.

Since a large part of Egypt is a desert area, it faces quite often the water scarcity problems. The Nile River which is the main source of water here is becoming contaminated day by day due to which people have to drink impure water.

Due to less rainfall, the country faces drought and famine situations. People have to travel to long distances for taking water and there are also cases of health issues and diseases due to impure water.

Somalia is the nation with the biggest water scarcity in the world. The mismanagement by the government has been the main reason for water scarcity here. Many people face starvation and many other health diseases due to non-availability of water. For taking drinking water, people have to travel for long distances and they have to store water for many days.

Water is a boon and humans must save it before it becomes scarce and limited.

Top 10 Countries With Water Shortage in the World