Basketball is a sport that was created at the end of the 19th century as an indoor activity during the winter months.

It has now become one of the most popular games all over the planet, and we can find plenty of interesting facts if we look back over its history.

At the start, there were no specific basketballs, so players used a soccer ball which they tried to throw into a peach basket. When basketballs were first introduced they were brown, which apparently made it difficult for people to track it as it flew around the court.

In 1957, the orange ball was brought in. This is said to be largely down to Tony Hinkle, who was a coach at Butler University and was also involved in the introduction of the three-second rule and other important changes.

We need to go back to 1979 to find the first time that a three-point shot was successfully made. It happened on October 12, in a game between the Boston Celtics and the Houston Rockets, although the rule had been tried out at the collegiate level all the way back in 1945.

That first three-pointer was scored by Celtic guard Chris Ford. However, the game was perhaps even more memorable for being the NBA debut of Larry Bird.

3. Dribbling Wasn’t in the Original Rules

When basketball first started out, it was far from being the dynamic, fast-moving sport that we now know it as. In fact, dribbling wasn’t even allowed in the first set of rules, so players had to catch the ball and then pass or shoot from the same position.

The credit for introducing dribbling is given to the Yale team of 1897, but it would take four more years for the rules to be changed to allow one dribble for each possession.

4. The Slam Dunk Was Banned

One of the iconic basketball moves is the slam dunk. This thrilling piece of action sees the player jump, control the ball above the basket, and then force the ball down into it. As far back as the 1940s it was already a controversial move as opponents saw it as a humiliation and would run under the player attempting it, to try and injure them.

It was then banned in the NCAA from 1967 through to 1976. This is sometimes called the Lew Alcindor rule, as there was a feeling that it was brought in because of the dominance of Alcindor (Kareem Abdul-Jabbar).

There have long been rumors saying that the legendary Michael Jordan was fined $5,000 every time that he wore Air Jordans in an NBA game.

Apparently, this was due to their colors breaking the league’s rules on uniforms, and Nike was said to happily pay the fines for him in exchange for the publicity it generated.

However, it seems that the story may just be a myth, as there is no hard evidence to back it up.

Did you know that two women have been drafted to the NBA? The first female player in the league was Denise Long. After a hugely successful college career, she was drafted by the San Francisco Warriors in the 13rd round of the 1969 NBA draft.

She never played competitively for the Warriors but did take part in a woman’s team that played exhibition games before the main event. This was followed in the 1977 draft by the New Orleans Jazz picking Lusia Harris. In fact, since Denise Long’s draft selection was officially vetoed, Harris became the only woman to ever get officially drafted to the NBA.

7. Basketball in the Olympics 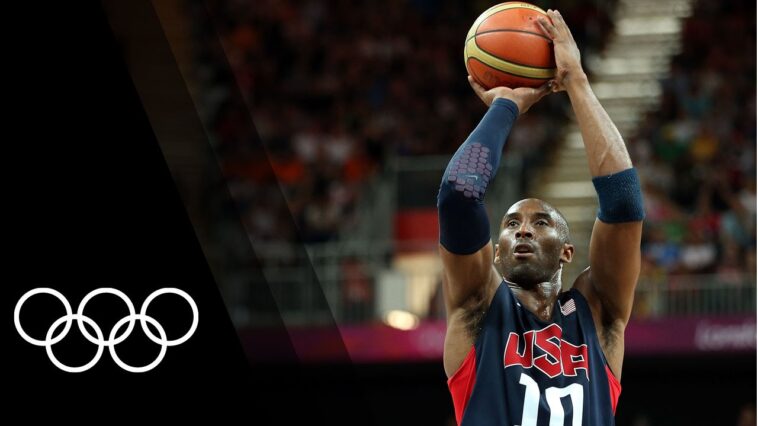 The history of this sport in the Olympics goes back to the summer games in Berlin in 1936, having been included as a demonstration event in 1904. In Berlin, the games were played outdoors on grass and the US won the gold medal and Canada the silver, which was presented by the creator of the sport, James Naismith.

The American men’s team has won 15 out of the 18 Olympics that they’ve taken part in, while the women have won 8 out of 10. Interestingly, Argentina is in the only nation that still exists to have won a gold medal, as Yugoslavia, the Soviet Union and a Unified Team from former Soviet republics were the other winners.

8. Most Missed Shots in a Game

This unwanted record is held by Philadelphia Warriors forward Joseph Fulks. Known as Jumping Joe, he was also called “the first of the high-scoring forwards” and managed to rack up over 8,000 points in his career.

Yet, Fulks was also known to miss many shots, meaning that he has the record for most missed shots in both a regular game and a playoff. His record in a regular game came when he had an incredible 42 misses from 55 attempts in a game against the Providence Steam Rollers.

There have been periods when the number of points scored in pro basketball dropped or climbed considerably, due to factors like rules and the size of the ball used. The game with the most points scored in it during regulation time came on November 2, 1990. The Golden State Warriors were up against the Denver Nuggets and triumphed by 162-158.

The top points scorer was Chris Mullin of the Warriors, who managed a total of 38 points. At the time, both teams were known for adopting a highly offensive style that ensured lots of points were scored but also conceded, making it thrilling for basketball betting and viewing.

10. The Highest Score with Overtime

If the last game sounded like a blast, you should have seen the 1983 match-up between the Detroit Pistons and the Denver Nuggets. It was a triple-overtime affair that saw a total of 370 points scored. When it finally ended, the Pistons had won by an incredible 186-184.

This memorable game holds a number of record in terms of the goals scored and also for four players each getting more than 40 points in it. The top scorer was Kiki VanDeWeghe with 51.